Ancient City Slickers is a local St. Augustine band that plays a mix of Americana, bluegrass, folk and novelty music.

Ancient City Slickers started as a weekly jam at the founder’s home in St. Augustine Beach with as many as eight to ten people. They are a great collection of banjo players, guitarists, drummers, tuba players and more. Even though the original members of the group moved to North Carolina, they continued to play and became a five-member band composed of the following musicians: Cable Spence, Russ Thomas, Kayla Douglas, Chuck Kranz and Bill Loughlin. Ancient City Slickers play at all kinds of venues including barbecues, festivals, gatherings, retirement homes and anywhere else they can get a crowd up on their feet and dancing.

"Ain't no rest for the wicked" 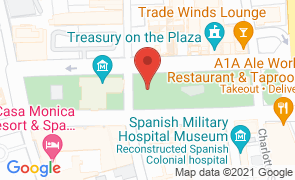