The Dewey Via Band rocks the house in St. Augustine.

The lead singer and namesake of the Dewey Via Band was born and raised in Virginia. Dewey Via began his solo career at eight-years-old, jamming to his guitar and singing. Playing his way to the Carolina’s, he landed in St. Augustine, Florida, which he now calls home.

In the St. Augustine tradition, Dewey formed and played with a number of different bands before starting the three-piece Dewey Via Band. As the lead singer, Via performs alongside Bret Blackshear (bass) and Uncle Ray (unique washboard percussion). 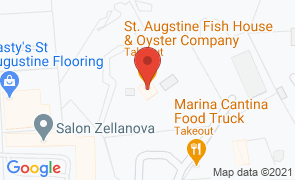 Dewey Via Band - Next Showing