LoveChunk is a three-person group that plays a creative array of original songs and covers dedicated to make you move to the beat and connect with the music. The band has been influenced by a number of musicians such as Curtis Mayfield, Galactic, Mofro, and The Black Crows, and their distinctive sound is bound to make you groove with them. Each member of LoveChunk has a different background and musical influences, and together they have been able to form their own identity as the “grooviest” band on the coast. Their success has made them realize how lucky they are to have such a great following and the support of their friends and other locals musicians in St. Augustine.

HORNIT with the official video for their song, "No Place Like Home,' in St. Augustine. 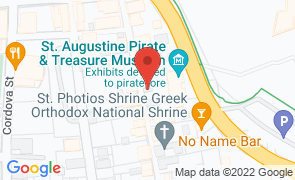