Ramona the Band is St. Augustine’s number one cover song ensemble, winning the Best of NPR Music in 2016 and performing in various capacities from duo, trio, to a righteously powerful full band setting. A coming together of hip-hop, rhythm and blues, funk, pop, rock, and soul, Ramona is a musical treasure trove of long lost one-hit-wonders and modern contemporary favorites. The band consists of front-woman and lead singer Jeanetta Salyer, guitarist Alberto Cebollero, saxophonist Chris Kearnes, bassist Paul Jackson, and drummer Jamal Wright. Each member brings their distinct musical background and individualized styles into the mix to create a one-of-a-kind sound that simply knocks the roof off. This widely loved ensemble has gained traction in the southeast United States for the past three years, stretching the boundaries of genre, collaboration, and reinvention.

Alberto Cebollero has a background in both classical and jazz guitar, studying the legends of Gershwin and Porter and is the band’s guitarist and composer. When Ramona strips down to a duo or trio he has a percussive and vibrant style of playing, creating a loop in which the guitar sounds like a drum while building momentum rhythmically throughout the songs. Chris Kearnes adds a tasty flavor of dynamic saxophone and Paul Jackson is not only the band’s bassists but also their sound engineer. The heartbeat of the band, drummer Jamal Wright, has toured extensively throughout the southeast while the incomparable Jeanetta Salyer brings it all together with vocal stylings that match that of Aretha Franklin and Amy Winehouse. Ramona effortlessly explores the vast playground which is music. An elite ensemble which is sure to pack a punch with each performance, the ensemble is electric, intuitive, and downright astounding.

"Got to be Real" Cover

Taylor Olin performing her song, "Caught in the Crosswind."

"Got to be Real" Cover 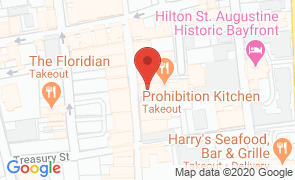