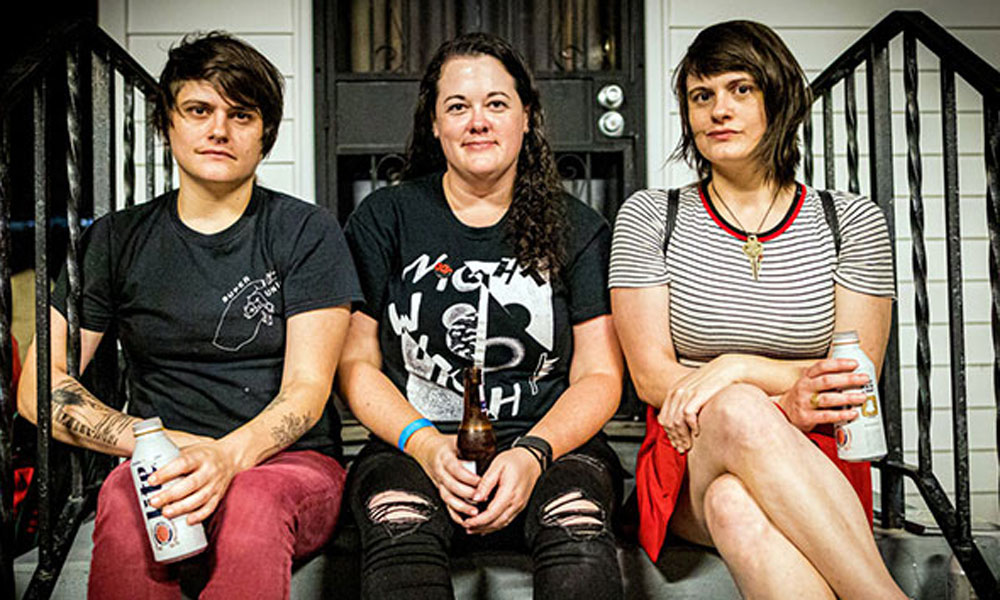 This peppy, four person punk band, reminiscent of an 80’s girl bands, offers a playful edge to their aggressive punk style.  In 2010 two sisters Nina and Susana Chaplin, were searching for a drummer and through a friend of a friend found Vanessa Brewster.  In 2013, they added second guitarist Baile Yeager, giving the band a richer feel.  The story goes that one of guitarist Yeager’s early performances with the band,she slipped on a wet floor, and busted her knee, sending her to the E.R.  Lucky for the band, she decided to stick around.