Eugenia Zukerman will perform for the EMMA Concert Series on January 25, 2015. 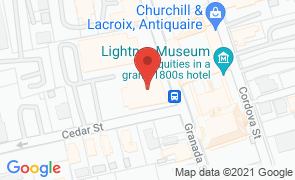