Many spring & summer events have been cancelled due to COVID-19. Please confirm before attending an event. Visit here for up-to-date info.

First Coast Opera presents A Tribute to Marian Anderson, showcasing this singer's amazing talent and cultural influence as the first African American to perform at the Metropolitan Opera.

Concerts in the Plaza
Concerts are cancelled for summer 2020. Rescheduled concerts are possible in September.

Live Music on Fridays
Every Friday 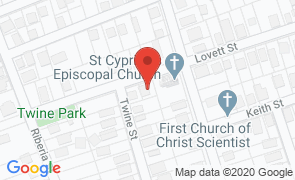