Like Flags? The North American Vexillological Association hosts their annual conference in St. Augustine in June of 2022. 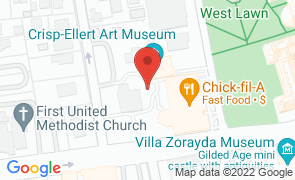