One of artist Don Trousdell’s final exhibits, “Walk in Peace,” will be on display at the St. Augustine Association in September to commemorate the 20th anniversary of 9/11. 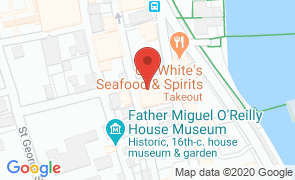