St. Augustine, Florida’s finest at its best, Lauren Gilliam truly is an innovative and one-of-a-kind musician. Growing up influenced by the vocal harmonies of church congregations, Lauren took to singing at an early age, gaining a defined taste for harmonic singing. Lauren makes up one half of the WillowWacks, her husband and wife folk duo, two thirds of The Young Step, her alter-ego David Bowie inspired rock band, and one half of the local rock/folk duo Big Dog Mama, with St. Augustine staple Chelsea Saddler. Lauren is certainly as diverse musically as her influences, which includes everyone from the late, great Aretha Franklin to the more contemporary electronic based Sylvan Esso.

Packing an arsenal of folk, jazz, Americana, pop, rock, and blues tunes, Lauren’s setlist leaves one wondering what songs she might not know. Her on-stage demeanor is ever-shifting to attune to the setting of the performance, the energy of the room, and her audience members themselves. Extremely poignant and delivery focused, Lauren has gained a reputation among local musicians for her unmistakable charm and ability to adapt to any musical setting.

"The Blame Game" by TJ Brown

"We Hear the Ocean," written and performed by Høly River. (Recorded by Sofar Sounds.) 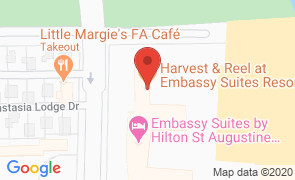