An annual tradition that dates back to the 1950s in St. Augustine, the annual Easter Parade is held the Saturday before Easter each year.

St. Augustine's Easter Parade, now in its 63rd year, is the nation's second oldest Easter Parade. The Parada de los Caballos y Coches (Parade of Horses and Carriages) has commemorated the Easter holiday every year since 1956 in the Nation's Oldest City.

Spectators line the streets to watch the marching bands, floats and drill teams as well as clowns, the Royal Family, Imperial Storm Troopers, the Easter Bunny, and the city's carriage horses wearing their Easter hats. Trophies are presented to winners in four categories.

In 2022, the Easter Parade will be held on the Saturday before Easter, beginning at 9 a.m. Saturday, April 16, 2022. The parade steps off at the Old Jail Museum and heads south on San Marco Avenue and along the bayfront on Avenida Menendez, finishing at the Plaza de la Constitución.

The St. Augustine Royal Family will lead the parade followed by their entourage, bands, locally made parade floats, pirates, festival representatives along with the Easter Bunny to round out the parade.

Where: The parade begins at the Old Jail Museum (167 San Marco Ave. in St. Augustine, FL 32084) and heads south along the bayfront to finish at the Plaza de la Constitución.

Click here for more info on all the Easter Week festivities in our Calendar of Events.

Parking is available for a fee at the downtown parking facility right next to Francis Field.

Additionally, the City of St. Augustine will operate a Free Park and Ride Shuttle Service on Saturday from 8:00 a.m. to 11:00 p.m. The shuttles run continuously from three parking locations north of downtown:

The drop-off and pick-up location downtown is the Visitor Information Center at 10 S. Castillo Ave., just across the street from Francis Field, where the major spring festivals take place.

This service is offered free of charge by the City of St. Augustine and the major festivals and events take place during this period. 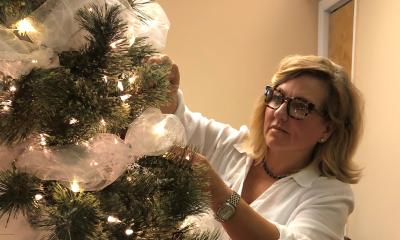