The former homestead of activist, conservationist, and author Stetson Kennedy is a magical place that is now a St. Johns County park. 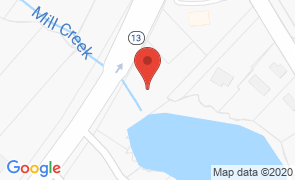