The Cathedral Basilica of St. Augustine is the oldest Catholic Church in the city and the oldest parish in the country.

Across from the North side of the Plaza
38 Cathedral Place,
St. Augustine, FL 32084

History and Art of the Cathedral Basilica

The Cathedral Basilica of St. Augustine (pronounced Sahn Ah-gus-tin, for the namesake of the church) is the oldest Catholic Church in the city and the oldest parish in the country. In 1565, Padre Lopez de Mendoza Grajales presented a cross to Pedro Menendez de Aviles as he stepped onto the banks of La Florida. Menendez kissed the base of the cross first, then kissed the base of the Spanish flag. Thus, the city of St. Augustine and the Parish of St. Augustine was founded in the same breath. The first Catholic mass in the Continental United States was then conducted.

However, its original structure only dates back to the 1700s, as its location changed during the Spanish and British Colonial periods of St. Augustine's history until a permanent coquina structure was built in 1797, just south of La Plaza de la Constitución. Three of the walls in the Cathedral Basilica are the original coquina walls from 1797, which are two feet thick.

By 1870, the Catholic population of Florida had grown considerably and no longer could be managed by the Bishop in Savannah, Georgia. A parish church is made into a cathedral when it becomes the seat of power of a Bishop, who leads a Diocese. Father Augustin Verot was named the first Bishop of the Diocese of St. Augustine in 1870. His reign started a new era for the church, and the Diocese and Cathedral of St. Augustine thrived for a hundred years, overseeing several parish churches and schools for children.

In 1976, the Cathedral of St. Augustine was venerated with the title of Cathedral Basilica of St. Augustine. A cathedral is made into a basilica when it is granted the pope's seal (which is adorned on the South-facing entrance of the building) as well as certain official papal objects to accommodate the pope, like the umbraculum ("big umbrella" in Italian) and tintinnabulum ("little bell" in Latin). Along with being fit to host a pope, the title of basilica also marks this church as being historically significant. If a fire were to burn down the city (again), the Cathedral Basilica of St. Augustine would be built on the very same foundation as where it sits now.

The Cathedral Basilica is built in the Spanish Mission style, which can be seen most prominently in the southern facade of the church, above the main entrance. The facade extends over the roof of the church and holds a statue of Saint Augustine of Hippo, for whom our city is named. The facade also holds several bells, the oldest of which is thought to have been the mission bell which once sat at Tolomato Cemetery, when the site was a Catholic mission aimed at converting and teaching indigenous people.

The interior of the church is adorned with exquisite murals, stained glass windows, sculptures, and artifacts. All of these objects resonate with the history and spirituality of the church.

As of 2022, the Cathedral Basilica houses six relics, some of which are publicly viewable while others are not. Four are embedded in the altar and are connected to Saint Justin, Saint Augustine, Saint Monica, and Maximillian Colby. In the sacristy of the Cathedral, there is a secondary relic that belonged to Saint John Paul II. In the Chapel of the Blessed Sacrament, there is a section of Saint Augustine of Hippo's finger bone.

The ceilings are adorned by the art of Hugo Ohlms, an acclaimed artist who had come to St. Augustine in the twilight of his life, after having a prolific career as a muralist. Ohlms was commissioned by the Diocese of St. Augustine and created all of his murals for the Cathedral out of plywood in his garage in 1965. These extensive pieces are fitted together, almost like a jigsaw puzzle, and can be seen on the ceilings, in the choir loft and in the Marian Shrine. The massive installation in the Choir Loft depicts the Catholic history of Saint Augustine, and prominently features the immigration of the Minorcan people, which occurred in 1777.

On the walls of the nave (where the congregation sits to observe mass) are stained glass windows that depict the life of Saint Augustine of Hippo, for whom the church is named. St. Augustine was "somewhat of a bad boy" in Christian thought and owes his salvation to his mother, Saint Monica, who is featured in these stained glass windows, as well as in statue form in the narthex (which is the entranceway to the nave, where the Basilica has seating for young families), next to the main entrance.

Behind the altar in the Cathedral Basilica are three hand-carved wooden statues of Jesus, Saint Augustine, and Saint Peter. There are two smaller companion sculptures made of the same material in the little chapels on either side of the Cathedral's nave. These depict Saint Joseph and Saint Patrick.

Those with a keen eye may notice that the sculpture of Jesus on the altar does not depict Him during His crucifixion — naked and nailed to the cross — but during His ascension into heaven, fully clothed. Florida was "discovered" by Juan Ponce de Leon during Spain's Easter season, Pascua Florida, it was named for the holiday. (This is a common naming practice — the city of St. Augustine was named as such because Pedro Menendez founded it on the feast day of Saint Augustine of Hippo.) As such, depicting Jesus as He appeared during His ascension (which is what Christians celebrate during Easter) is a reference to the origins of Florida.

There are also two spaces to the East and West of the altar that hold spiritual prominence, as well as meaningful artifacts. To the East is the Blessed Virgin Mary Shrine, which holds a beautiful triptych by the same artist who created the plywood murals on the ceilings. To the West is the Blessed Sacrament Chapel, which holds the Cathedral's golden tabernacle and a relic of St. Augustine of Hippo.

Guided tours are offered throughout the day, and visitors are welcome to light candles for loved ones at any time. Mass is celebrated at 7:00 a.m. Monday through Saturday.

The Cathedral gift shop offers an array of religious items: rosaries, prayer books, bibles, medals, saint prayer cards, CDs, scapulars, and crucifixes. Tours of the Cathedral are offered daily. Please call (904) 829-0620 to reserve a spot for you or your group.

The Cathedral offers the sacraments, including marriage, to practicing Catholics who go through the appropriate pre-cana courses and are eligible for marriage. Contact the Cathedral for more information about weddings.

For more information — including a virtual tour of the Cathedral in the "Tours and Gift Shop" section — visit the first parish(dot)org. 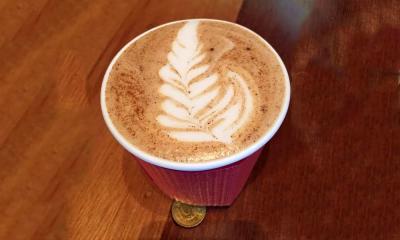 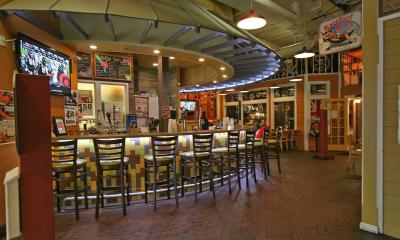 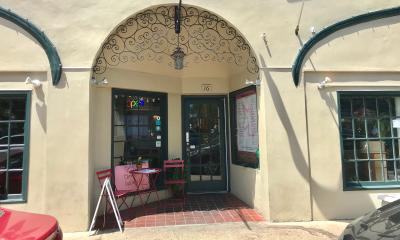 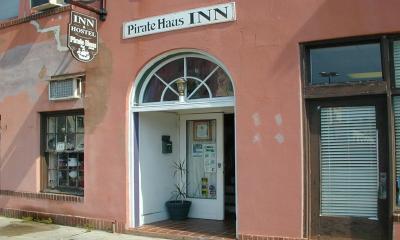 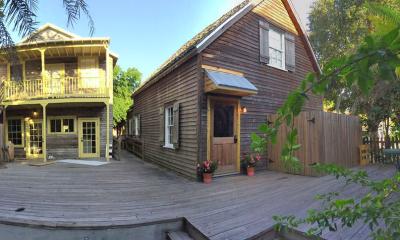 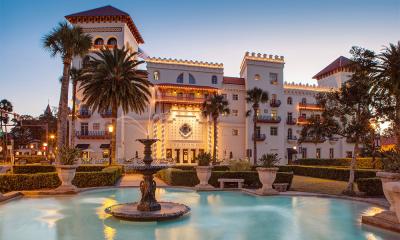 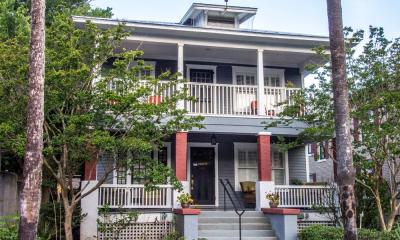 Across from the North side of the Plaza
38 Cathedral Place,
St. Augustine, FL 32084