Every corner of St. Augustine is rich with a long history.

Explore the brick streets and you will find historic sites all around downtown. Every corner is rich with a long history, waiting to be discovered. No vacation in St. Augustine is finished until you've gazed up at the Louis Comfort-Tiffany stained glass at Flagler College, or climbed the steps of the lighthouse, taken a sip from the fountain of youth or learned of the vast history of Aviles Street, the oldest street in the oldest city in the nation. Parts of the city predate the country itself! Visit St. Augustine and stop in at the old houses and museums to discover a new side of the city that was once a small port town and is now a bustling, energetic community dedicated to preserving its valuable past. The heritage and culture of the old city are still deeply relevant even today! 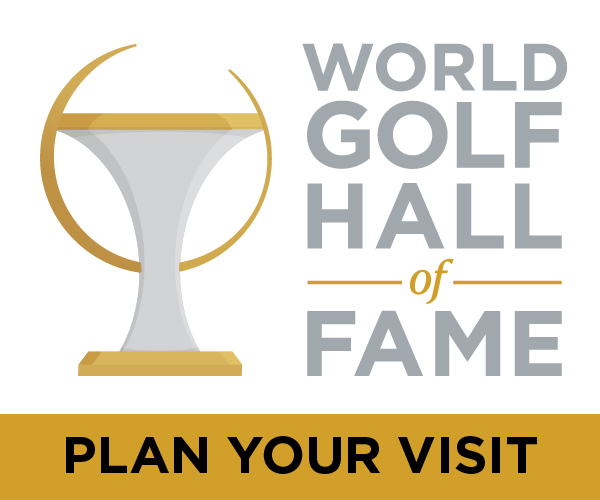 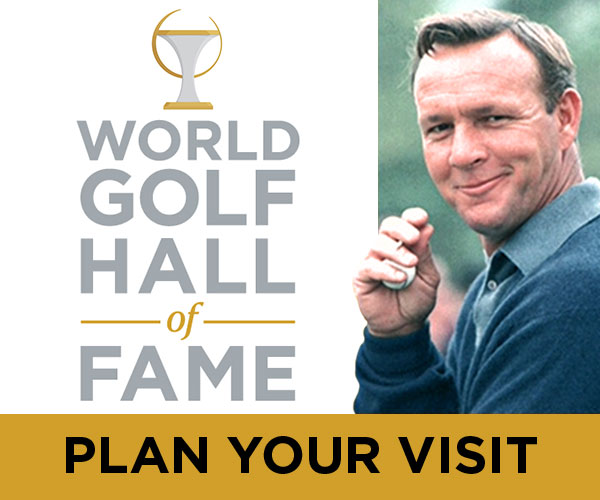 Save 15% with advance purchase online. Use code: Book15

$1.00 Off Adult Admission. Not valid with other discounts. VSACB23

10% OFF Programs or Admission. Cannot be combined with any other promotion or discount. Promo code: VSACB23

A must visit museum where visitors learn about St. Augustine's impact on the Civil Rights Movement.

Aviles Street is the nation's oldest street and the heart of St. Augustine's Artist District.

Beluthahatchee Park is a haven of peace that connects man with picturesque views of nature.

Listed on the National Register of Historic Places, the Bridge of Lions connects historic downtown to Anastasia Island.

The oldest masonry fort in the continental U.S. and a National Monument, the Castillo is the focal point of historical St. Augustine.

Built during the First Spanish Period, the Father O'Reilly House Museum is one of the oldest structures in St. Augustine and is situated in the oldest continuously s...

The Sons of Israel Congregation moved into their new synagogue in 1924.

Flagler College is a unique combination of the past and present, and an architectural icon of the city of St. Augustine. 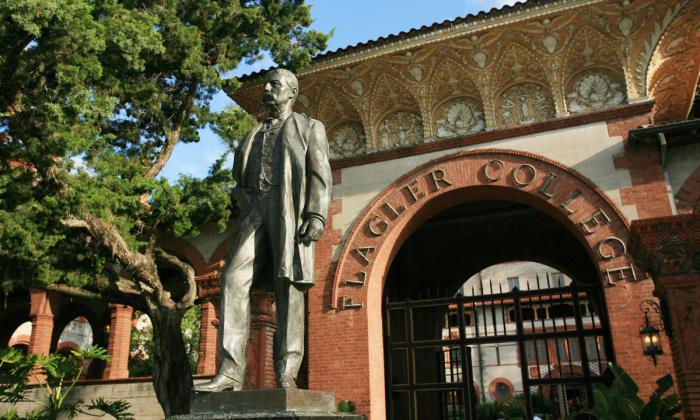 Visitors and locals can take a tour of this glamorous hotel from the golden age of Florida tourism and current campus of Flagler College.

This National Monument's long history is closely connected with the founding of St. Augustine.

Fort Mose has been recognized as a National Historic Landmark since 1994, and as a precursor site of the National Underground Railroad Network. 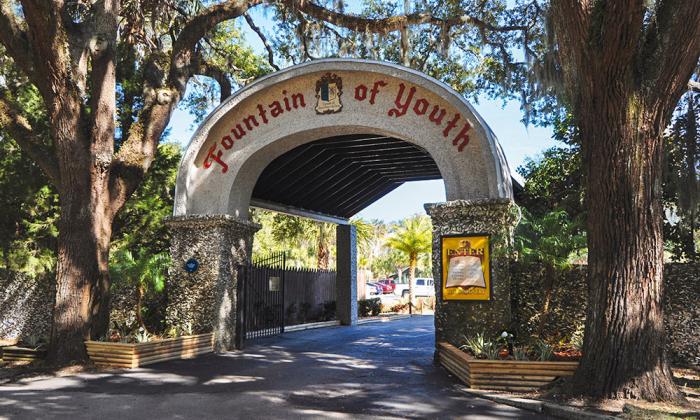 Located on the Plaza de la Constitucion, the Governor's House site has served colonial governors in St. Augustine for centuries.

A Spanish-style garden dedicated in 1965 as part of the formal 400th anniversary of St. Augustine. 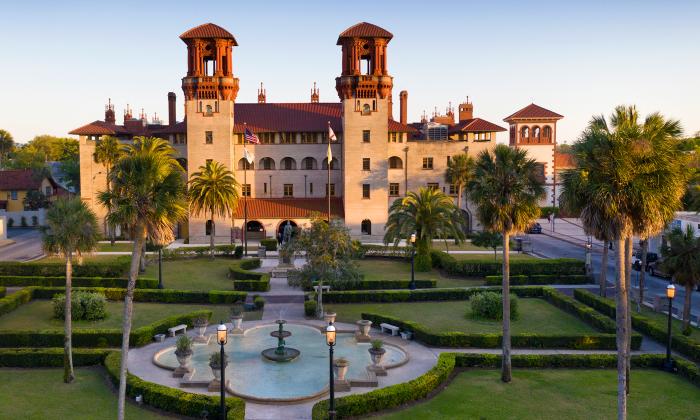 Enjoy an immersive experience of art and history in an iconic St. Augustine building.

The Llambias House, a National Historic Landmark, is one of the few buildings in St. Augustine that dates back to the first Spanish colonial period. 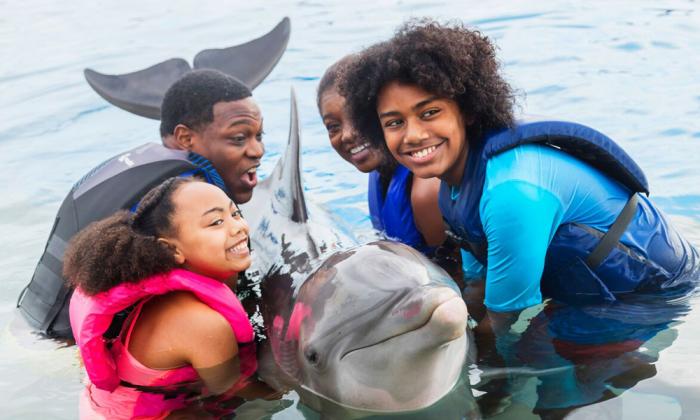 Marineland provides ways to interact with dolphins and hands-on exhibits about marine life and the history of this classic Florida attraction.

Encompassing 300 acres comprised of 4 ecosystems, and also offers a beach on the Atlantic Ocean. 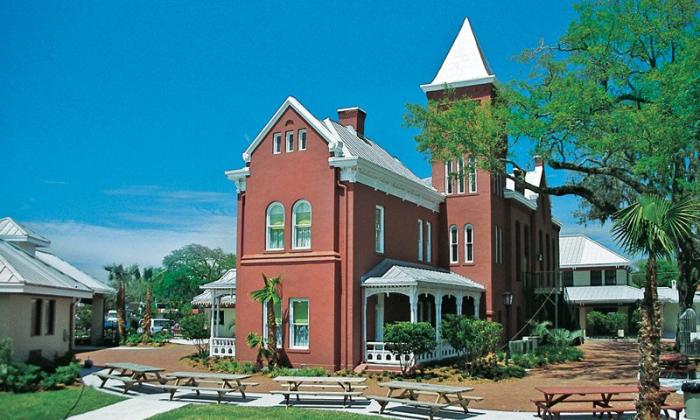 Visitors can experience history as inmates in period dress guide them through the women’s cells, men’s cells, and the maximum-security cells. 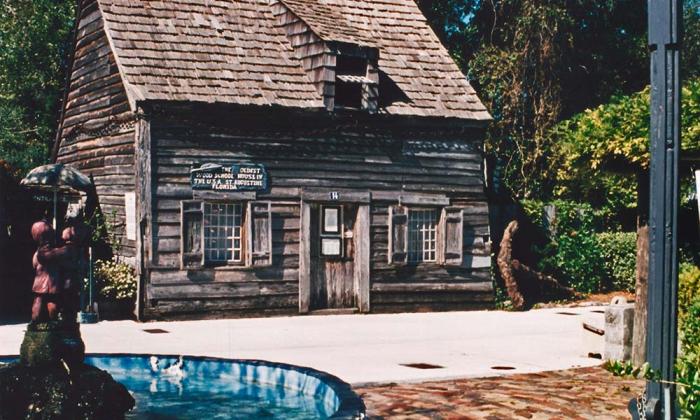 Take a lesson from the Oldest Wooden School House in the country, complete with replica displays and museum on the inside.

The Peña-Peck House is a historic house that offers guided tours and several wedding packages.

The Plaza de la Constitución sits at the center of our historic city and is bordered by the Cathedral Basilica of St. Augustine.

This Flagler County park protects the oldest homestead in the county and offers hiking and equestrian trails, camping, and cottages.

Flagler College was once one of the world's most exclusive hotels. Hotel Ponce de Leon was completed in 1888, and built by millionaire developer and Standard Oil co...

The Spanish Military Hospital Museum gives visitors a chance to learn about medical practices and procedures in the Colonial Spanish Period of St. Augustine. 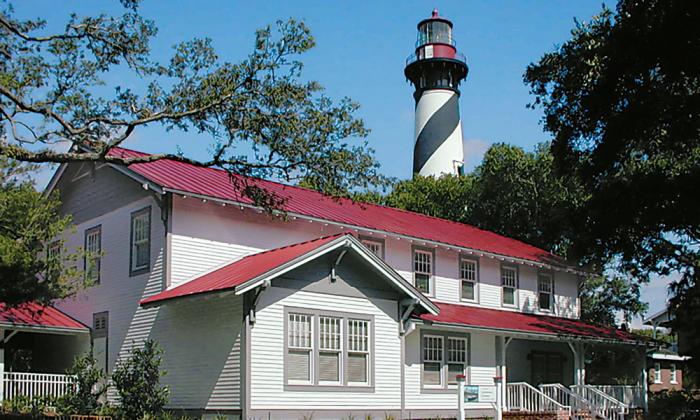