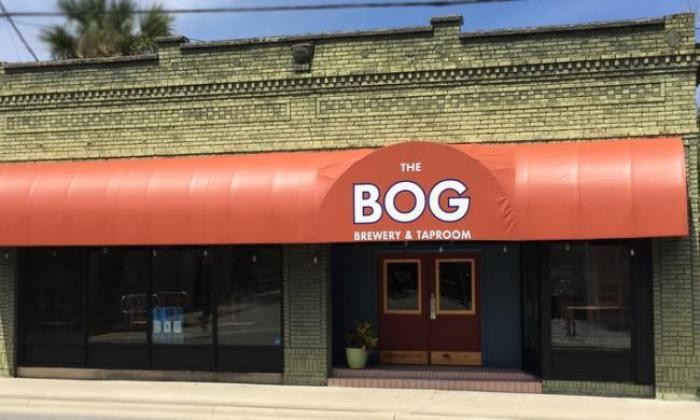 This old neighborhood has welcomed new businesses to the region.

This small, almost rectangular region stretches west from the Ponce de Leon business district to I-95. While most of the buildings are either local service businesses or single-family homes, there are a number of places of interest to tourists, including brewpubs, local eateries, and specialty shops.

The east/west “thoroughfare” of this district is County Road 214, which starts in town as King Street and becomes West King Street before simply being called C.R. 214. Visitors will find that one of the preferred GPS routes from the Historic Downtown to 95 is to go out West King to North Volusia Street to Four Points Road to arrive at S.R. 16 close to the entrance to 95.

The area surrounding West King Street was originally called New Augustine, and most of the homes in this region were built before 1925. This area was once the home of the Florida Normal and Industrial Institute, which was dedicated to educating former slaves and their descendants. The school later became Florida Normal College and moved to Dade County. Visitors can still see a remnant of the college in the restored sculpture, the Abraham Lincoln Lewis Archway, at the corner of West King Street and Holmes Boulevard.

Today, this region has family parks, dog parks, and local stores and shops where visitors can find used boating equipment and parts, cakes and cupcakes, restaurants, urban t-shirts, as well as the Bog Brewery (pictured) and Bakersfield Bread Company.

Family operated bakery offering artisan breads from all over the world.

Local brewery offering beer and wine in a friendly and historic setting on West King Street.

The mission of the Boys & Girls Club of Northeast Florida is "to inspire and enable all young people, especially those who need us most, to realize their full potential as productive, responsible and caring citizens." The not-for-profit operat

Scratch made vegetarian and vegan breakfast and lunch on the West King corridor.

This St. Augustine sandwich shop has served their signature Ryder sandwiches for over 30 years.

Coastal Celebrations by Lindsay Ohlin puts together all the details and organizes all the pieces for a St. Augustine wedding. Lindsay's goal is to help assemble a wedding that reflects the character and attributes of the couple tying the knot.

Gourmet popscicles, pastries, croissants, coffees, and baked goods are on offer at this St. Augustine cafe.

Heath and wellness coaching as well as take out healthy meals and smoothies.

A thrift store that gives new life to old things while serving the St. Johns community.