Visitors can experience three centuries of St. Augustine's vivid history through interactive activities and more at the Colonial Quarter. 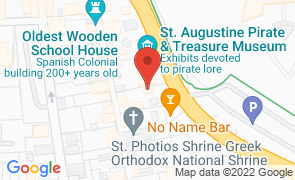 Bar with No Name
within 1 block

The Sweet Spot
within 1 block