Downton Abbey fans will love this exhibition of the series' period costumes. 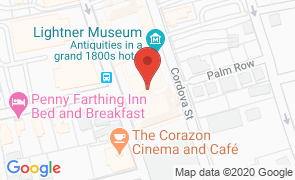