As of July 2018, this location has permanently closed. 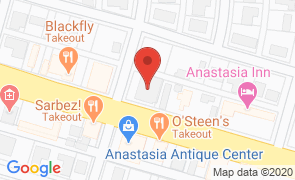 Things to Do Near Hoptinger - CLOSED