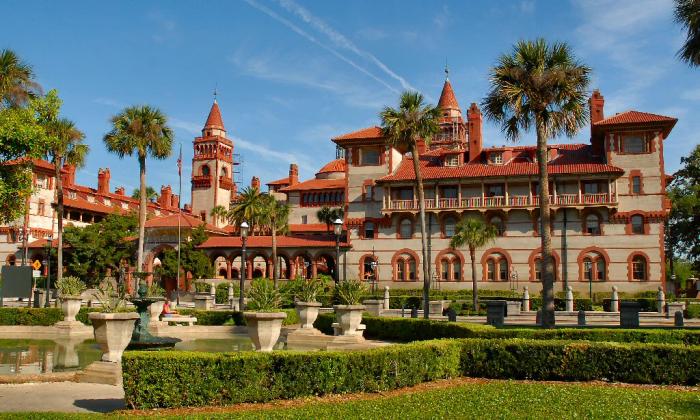 Find Fun Things to Do for the whole family!

St. Augustine has been home to natives and foreigners, colonials and pilgrims, soldiers and prisoners, slaves and free blacks, merchants and industrialists. Through battle, economic progress, and political strife, the coquina foundation of St. Augustine has been left unconquered - its history is a surviving monument to the persistence of the human spirit, waiting to be rediscovered by you.

St. Augustine boasts attractions like military forts, stately castles, and Gilded-Age hotels. Visitors can explore a spiraling lighthouse, scenic nature trails and tranquil beaches. Hear the sounds of the city, from horse hooves on brick-paved streets to the roar of cannon fire; the hustle and bustle of a living community. Explore fascinating museums or take a scary ghost tour. Historical reenactments, recreations, artifacts and relics can be found on every corner, bringing to life the timeless stories of other eras. Take photos as you experience history, building memories in the oldest city in the United States. St. Augustine has always been a sought-after treasure, a priceless gem in Florida's history.

The whole family can enjoy interacting with famous figures from history as well as modern movie stars and more at Potter's Wax Museum in St. Augustine.

Prehistoric St. Augustine presents both a museum and shop to satisfy amateur palentologists of every age.

This Flagler County park protects the oldest homestead in the county and offers hiking and equestrian trails, camping, and cottages.

Project SWING is a fully equipped, interactive play area that was designed and built by the St. Augustine community in 1997.

Ripley's Believe It or Not! Museum

Amazing exhibits and unbelievable artifacts from around the globe make Ripley's Believe It Or Not! a one-of-a-kind experience.

At Ripley's Haunted Castle, visitors may tour the most haunted property on the Southeastern Seaboard.

Tour the nation's oldest city and learn all about its fascinating history on Ripley's Red Train.

Explore the nation's oldest city from the water with Sabrage Charters of St. Augustine.

A 63-foot power catamaran, Sabrage offers a great venue for weddings and other special events — on the water.

Come by for a free wine tasting and fascinating behind-the-scenes tour of how wine is made.

Climb aboard and enjoy a relaxing tour of St. Augustine's historic waterways.

Sail on the Florida waters that border the city of St. Augustine, the same currents that guided Menendez, Drake, and Ponce de Leon.

Visitors can explore the St. John's River and its tributaries, starting at Trout Creek for this fun family adventure.

See wild reptiles, lemurs, Komodo dragons and toucans at the only place in the world to see all 24 species of crocodilians.

The St. Augustine Amphitheatre is the premier concert venue in St. Johns County, hosting world-class artists throughout the year.

This family-friendly aquarium offers exciting encounters with a variety of marine life.

For over 90 years, the St. Augustine Art Association has continuously promoted artisic excellece in the Oldest City.

Rent a bike, Segway, pedicab, and more to sightsee your way through St. Augustine in style. 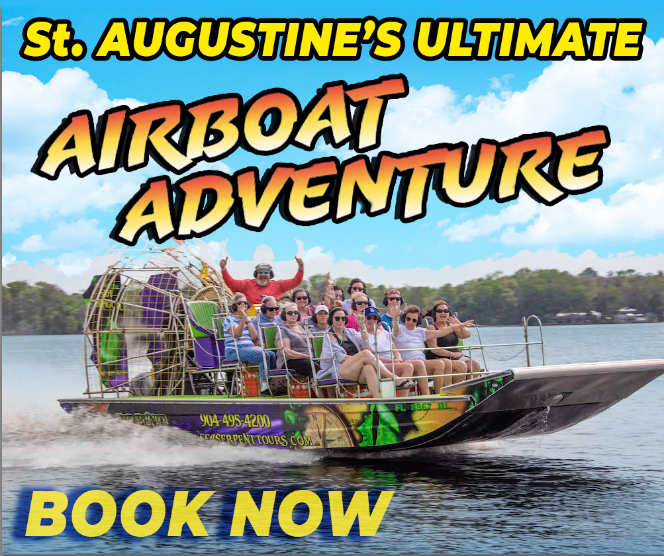